Some things are so absurd, you can't help but chuckle. So let me spill what happened on this fateful

Sunday when dreams of a late morning rising were ripped away as quickly as sheets from a bed. Can you guess the first thing that happened? You got it. My phone rang. Doesn't it always begin with the ominous ringing phone. The voice on the other end was that of the woman who had labored with me for hours upon stacking hours before pushing me out into this wide open world where dreams are as plentiful as dirt, but fulfilling a dream, well not as easy as picking up a hand full of that dirt. (At this point I'm shaking my head in disappointment.) Oh, sorry, I veered off the path. Just wanted you to see how easy it can be done. You know. Veering off the path.
I answered the ominous ringing with my drowsy hello and listened. It was her. The laboring woman of years ago. "I ran my car into a ditch," she was saying. She sounded like she had just run a marathon and was just finishing up bent over with her hands planted on her knees. "I don't know what's wrong with my car. I kept hitting the brake, but the car kept going. It wouldn't stop."
Oh, this sounds like one of those scary King movies. You know. One about an evil car. That's what I was thinking to myself. But forget about that. Back to the out of breath voice on the other end of the phone. "It's stuck in a ditch in a wooded area. Can you come?"
"Well of course I can come." She didn't even have to ask. I am here in this world of dreams because of her. I was already up preparing myself to dash out the door. The phone was pinned to my ear. Her words were rushing through.
"I didn't know what else to do. The car was zooming through stop signs and I was afraid I would hit another car or a person."
But I was wondering if she was ever going to catch her breath. Nope. She didn't. She plowed on.           "When I saw the vacant building with the wooded vacant lot, I turned the car in that direction. It stopped. It finally stopped. All I wanted to do was go to my Sunday morning meeting. I was parking. Backing into the space. I went to pull forward and the car shot out of the space. I was holding on for dear life. Holding and steering all the way to this lot. One of the brothers magically appeared in his car. I don't know how he found me."
I'm right. This is a movie or maybe I am having a late Sunday morning sleep and this is just a dream. So I did what any sane person would do. I pinched myself. Ouch. That hurt. I pinched too hard and darnit, I left a red pinch mark on my arm.
She was still rambling on. "He walked around the car checking it out. He walked around us, me and the car like four times. Then he came back and stood in front of me. He took off his hat and was scratching his head. He looked puzzled. He said, "God was definitely on your side this morning Sister.
If nothing else had gotten my attention this morning, that did. "What did he mean?" Those were a few of the words I was able to get into this spooky movie.
" Well. I was perplexed." She was slowing down. Thinking over the event. "He said, look Sister, your car is kissing distance from that tree. And you know why your car didn't kiss it? Here, look under here, he told me." In my fancy Sunday dress and Sunday shoes, I bent down and looked under the car. I didn't see anything. Just grass and dirt. "Your car is on a curb. It's middle is teetering on a curb. I gave it a second inspection, but I couldn't see this curb. It was invisible to my eyes."
She wasn't done, but she was laughing now. I guess I need to put some pep in my step. She was hysterical now. At least that's what I thought. She was laughing and was her situation funny?
"The brother wasn't the first one to come to help me." Now she sounded like she was about to confide a secret to me. I pressed the phone closer to my ear and held a finger in the other. I listened.
"A man drove up leaning his head out the window. He asked if I needed any help. My wide eyes and opened mouth must have tickled him. Well, I told him sternly, "No siry, I won't be needing your help today. For God's sake he was driving hearse."

Posted by Brigitta Moon Books at Saturday, April 30, 2016 No comments:

Well it's that time again. Time to manicure our lawns. I have a gas lawn mower which I love much 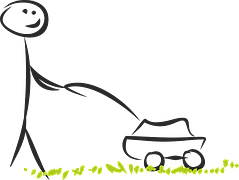 more than the electric one I owned previously. The only problem is that after sitting all winter the darn thing wouldn't start. The purpose of this post is to share with you what I learned. The gas should not be left in the mower over the winter break. The gas will not be pure and will not start the mower. It needs to be run out or emptied out before being packed away. Also the oil needs to be checked before mowing. So after my trusty friend stayed mute when I pulled the cord, I emptied out the old gas and filled the tank with gas from my gas can. I checked the oil which showed a dry stick, so I added some. All gassed and oiled up, I pulled the cord. Music to my ears, the roaring of a lawn mower ready to work.
Posted by Brigitta Moon Books at Wednesday, April 27, 2016 No comments:

Today my Android said it was running out of space and some of my features may not function properly.Visihow. This is a wonderful site, really easy and quick to use. No frustration. See it, do it. 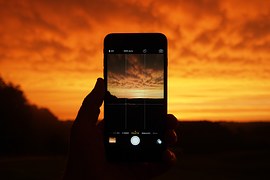 I'm already encountering this with the unexpected shutdown of applications. Yesterday I shot a lot of video with my phone which used a lot a space. My phone has a large SD card and I needed to move theses videos there to free up space on my phone. I also didn't know how. So as usual I consulted Google. I was landed here on
Posted by Brigitta Moon Books at Sunday, April 24, 2016 No comments:

Email ThisBlogThis!Share to TwitterShare to FacebookShare to Pinterest
Labels: Android, How to transfer pictures to SD card, make space on phone, samsung, transfer to SD card

Welcome all you savers! We are starting week 17. I'm just checking in to keep you on point with your
weekly savings plan. Our last check point was week 12. At that point we had a total of $78 in our Today young people are so talented and they put their talents to work to add to their income. Take out four minutes to listen to this young lady narrate her first book about- you guessed it- money. This book, How to Raise Your Credit Score, is not available in Audible yet, but it is available in paperback    at my CreateSpace Store. Enter code 8D6BYWSK at checkout and receive $1.00 off.  It's also available in the Kindle store.
Posted by Brigitta Moon Books at Sunday, April 17, 2016 No comments:

Email ThisBlogThis!Share to TwitterShare to FacebookShare to Pinterest
Labels: beginning investing, how to invest, invest, money, savings, why invest 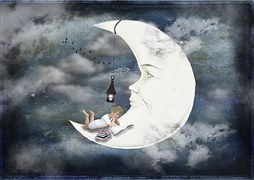 Pacific time. Download, read, enjoy, share your thoughts via a review!
The heat level of this book is about a 2, a couple sexy scenes.
Happy reading.
Posted by Brigitta Moon Books at Tuesday, April 05, 2016 No comments: