"I'm single. No, not just single, I'm happily single." You know people who hear that statement doubt it, especially the men.
The men will say, "You don't mean that. You just haven't met the right man yet."
The women say, "Oh how will you know when Mr. Right comes along if you don't give any man a chance?"
I say, "If it's meant to be, it will."

How many of us have had this conversation or felt this way? Although we as single women verbalize these feelings, how many really, really believe it?
Come on be honest. I say it, but in the depths of my mind I know I am always searching for that man who will bring excitement to my life. The man who I want to wrap me in his arms while I fill all my senses with the joy of him. The man who will force me to drop my guard.

How many times has a man approached you and asked, "Are you married? Boyfriend?"
The last time that question was posed to me I proudly announced, "I don't have a husband, don't want a husband. No boyfriend and don't want one of those either."

I was engrossed in my morning workout around the track. Those statements were suppose to push him away. But no, he kept pace with me, kept talking, walking. And in the back of my mind I could hear some little voice saying, " Hey he could be interesting. He could be the one."

After these interactions where you have brushed off the man, do you ever wonder, what if?  What if I gave him a chance; will he let me down like so and so or will he be an ass like the others, or is he just another deadbeat in disguise? The past never seems to die. It seems to replay itself over and over. Why? It's because we are always dating the same man. He may have a different name, different looks, but he is still the same man. We seek him out and let him in. So, we find ourselves having the same relationship problems over and over.

One night in a heat of boredom my writing career peeked out. What if my character fell in love as usual with Mr. I'm The Best Thing That Has Happened To You? She gets sucked into his vortex before she even knows what has hit her. Yes, life is good with her new man. His conversation, company and  especially the bedroom activity just hooks her and keeps her coming back. But as usual, because he is the same man in different clothing the problems begin. Lies lead to deceit. Deceit leads to shattered dreams which alter lives.

But we live our lives with the tears and constant ending of relationships because of little white lies and off the chain untruths, so why spend time reading about it? I have the answer. Because in a book we have control. We are the puppeteers. We can change the ending.

So the next question is how do I  make it interesting. You got it, obsession and sex. And in the darkness of night, Love me Senseless was born. The original story was a trilogy, HIM, HIM Again and The Diamond Couple. I have rewritten the HIM portion of the book. Hey if you get a chance compare the versions. I'd love to know which one you prefer. Stop by GoodReads and read HIM. It's free. Then read Love Me Senseless. Compare. Those were my first three books.

There is always the question of how can I keep my man faithful to me?  That can be a huge undertaking. From that question my next book Mistake was hatched. Now that Beth has the man, how does she keep him all to herself? The answer lies just ahead in a the magic of a book. Does Beth dare to follow the recipe in the book? After all, a faithful man is what we want. In a book we make our own endings. Let the puppeteering begin.

Posted by Brigitta Moon Books at Friday, July 31, 2015 No comments:

Author Producing an Audiobook Using ACX (How To) Part 4 Audible

Now comes the really fun part, getting the word out that the audiobook is available. So spread the word! A Secret Love is waiting to entertain you. Visit A Secret Love's page and learn how to get it for free. When you get to the page, use the links to share it, tweet it, pin it, like it, g+1 it.

Want a code for a free download? Email me at brigittamoon@yahoo.com
As soon as the codes are released to me I will pass them on to you. Your email will only be used to notify you when new books by Brigitta are available. After you receive your code, let everyone know what you thought about A Secret Love with your awesome review. Act fast. There are a limited number of free codes available.

I hope this series has been helpful to you.

Posted by Brigitta Moon Books at Thursday, July 30, 2015 No comments:

Email ThisBlogThis!Share to TwitterShare to FacebookShare to Pinterest
Labels: A SECRET LOVE, ACX, audible, audiobook, audiobooks, How to make an audiobook

Author Producing an Audiobook Using ACX (How To) Part 3

Hopefully you have already read parts one and two.  To my surprise my narrator finished the audiobook way ahead of the due date. Awesome! You will receive an email letting you know it is available for you to listen to and decide if there are changes you would like made. During your review of the audio files the narrator is unable to make any changes to these files. Each chapter is a separate link. This makes it easy for you to describe where you would like changes made. It also makes for easier listening by allowing you to listen to each chapter separately.

If you request changes to be made you will have to use the link in the box at the top right of the listening page. There are two links- request changes and approve audiobook. If changes are requested, it will need to be done here so the audio files can be released to the narrator to make the changes. This can't be accomplished with a simple email describing the changes you want because the narrator will not be able to access the files.

After the changes are made, you will receive the audio files back for your listening pleasure. Again you can approve the files or request changes. You can only request changes twice.  If you are unhappy with the finished product you can cancel, but be aware you may encounter some financial obligations. These are outlined in the ACX Audiobook Production Standard Terms

You will have to contact the narrator for the accepted forms of payment. After you make the payment your next email will say- Good news! Your Narrator's name has specified that they have received payment for the production of "A SECRET LOVE". Thanks!

Now ACX will put the audiobook through a quick final quality control process, then begin distributing it to Amazon, Audible and iTunes. Barring any issues in the quality check, that process should take upwards of 14-20 business days.

Wow. More waiting. Stay tuned. I will keep you updated on the process. In the mean time  Want to Read it Now. A copy is waiting for you.
Listen to chapter 5. 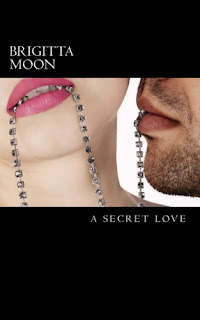 Visit my estore for a print copy

Every marriage has a secret or two or more, but Christina's has a big one. A secret she has managed to keep for nine years. Her husband Derek doesn't suspect a thing. A blackmailer has entered the picture and now Christina's exposure is imminent. The blackmailer is demanding payment that Christina doesn't have. If she doesn't pay, her secret will be leaked and she will lose her husband and children on Christmas day.
Posted by Brigitta Moon Books at Thursday, July 23, 2015 No comments: